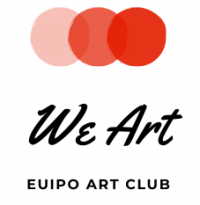 Last week I visited Wrocław in Poland for a few days. The main purpose was to visit my sister there, but I also did a lot of sight-seeing, and as always when I am there, I visited the Four Domes Pavilion, one of the great contemporary art galleries in Poland. There is a very interesting permanent collection, from which I show selected works in the web gallery I have created, covering the period of the enforced social realism from the 1950s to the avantgarde stuff from the 1960s and 1970s, ending with more political art from the martial law period in the 1980s.

But there was also a special exhibition of works by Ewa Kuryluk, which are unlike anything I have ever seen. I reproduce from the web site of the exhibition:

The Museum of Contemporary Art in the Four Domes Pavilion is proud to present the most comprehensive exhibition of white installations by Ewa Kuryluk so far. Presented works were created mostly in the USA, where the artist lived for the last two decades of the 20th century, but also in Columbia, Argentina, and Canada.

Back in 1970s Ewa Kuryluk’s works could be described as hyperrealistic and slightly surreal. However, she banished this language of artistic expression in favour of drawing and painting on loose, light fabrics on which, with red ink, she marked contours of faces, parts of body, and human figures. Works evolved in space as the artist began to shape the painted fabrics by draping them, placing them on chairs, sofas, and taking out into the open air. They are intimate, sensual, and sometimes even erotic. At the exhibition in the Four Domes Pavilion, the artist reconstructed her most important installations, including those covered with texts, which she called “Rysopisy [Descriptions]”. Describing them, Kuryluk says “I draw what I cannot write. I write what I cannot draw”.

Ewa Kuryluk (born 1946) an artist, art historian, writer. Kuryluk’s multi-talented artistic personality was shaped by the atmosphere of the family home of Karol and Maria Kuryluk in a tenement house at Frescati street in Warsaw. Biographical references are one of the main themes of her art. In 1970, Kuryluk graduated from the Warsaw Academy of Fine Arts and later art history at the Jagiellonian University. From the beginning of her artistic career, she successfully presented her works in the West, in London and Vienna galleries. Her painting style has evolved from the metaphorical, colourful grotesque of her early works, towards synthetic, poetic hyperrealism. In the mid-1970s, the artist abandoned conventional painting formulas and went “beyond the framework”. She drew her intimate world on silk and cotton fabric coupons, using them to build installations like ephemeral interiors and spaces. White in its various shades is present in all of them. It is their matter, background and air. The American installations by Ewa Kuryluk, reconstructed in the enfilade interiors of the Four Domes Pavilion, are a poetic, intimate journey that leads us through the world of tender gestures, ambiguous poses, and sophisticated erudite metaphors.

The exhibition ends on 3 October, so it is not likely that any of those reading it will have an opportunity to see it there, but if you ever have a chance to see Kuryluk’s work, don’t miss it! Here is an example: 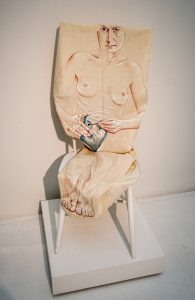 I should warn the reader that some of the images by Kuryluk are NSFW (“not safe for work”).